The Voice
WATCH ALL OF SEASON 21
Back to Coach 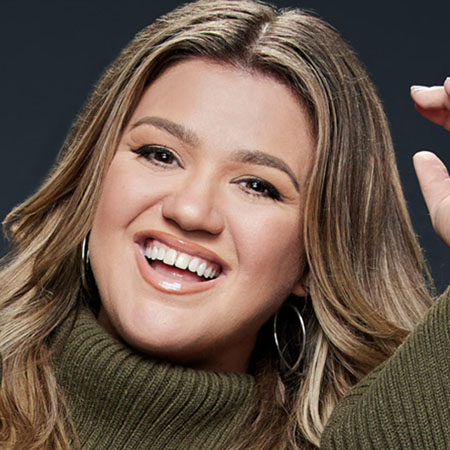 Kelly Clarkson serves as a coach on NBC's four-time Emmy Award-winning musical competition series "The Voice." She won the competition in Seasons 14, 15 and 17.

An Emmy-winning talk show host, Grammy Award-winning artist and America's original Idol, Clarkson is one of the most popular artists of this era, with total worldwide sales of more than 25 million albums and 40 million singles.

She's currently filming Season 3 of "The Kelly Clarkson Show," which has already been picked up for a fourth season.

Clarkson recently released her critically acclaimed Grammy-nominated eighth studio album, "Meaning of Life," and in 2020 she released her powerful single "I Dare You," which she recorded with five other artists in six languages.

The Texas-born singer-songwriter first came to fame in 2002 as the winner of the inaugural season of "American Idol." Clarkson's debut single, "A Moment Like This," followed and quickly went to No. 1 on Billboard's Hot 100, ultimately ranking as the year's best-selling single in the U.S. Further, Clarkson is one of pop's top singles artists, with 17 singles boasting multiplatinum, platinum and gold certifications around the world, including such global favorites as "Miss Independent" and "Because of You."

Additionally, Clarkson has hosted the Billboard Music Awards for the past three years and she also voices the character of Moxy in "UglyDolls" and the character of Delta Dawn in "Trolls World Tour."