The Voice
MONDAYS & TUESDAYS 8/7c
Back to Coach 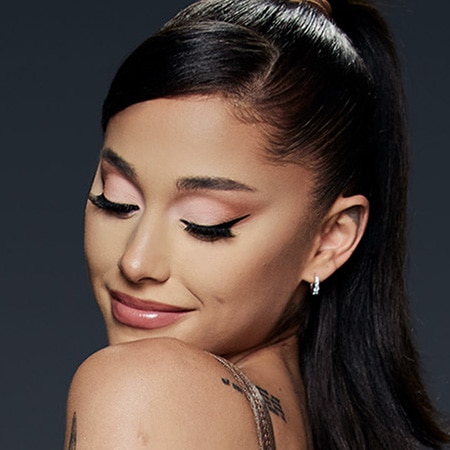 A Grammy Award-winning, multiplatinum recording artist and international superstar, Grande is the first artist to hold the top three Billboard Hot 100 spots since The Beatles in 1964, with "7 Rings," "Break Up with Your Girlfriend, I'm Bored" and "Thank U, Next."

In 2020, she became the first and only artist to have five singles debut at No. 1 in the charts. A year later, Grande made history as the first artist to simultaneously hold three Top 10 spots on Billboard Pop Airplay and Mediabase Top 40 charts, with "Positions," "34+35" and "POV."

At age 28, she has released six albums - all of which have gone platinum - and has surpassed 98 billion streams globally. She is Spotify's most-streamed female artist of the past decade and has rapidly become one of the biggest pop stars of this generation, with her powerhouse vocals and unmatched presence both on stage and with her fans. Grande embarked on her Sweetener World Tour in 2019 and performed more than 100 shows throughout the year, including headliner sets at Lollapalooza as well as Coachella, where she was the youngest headliner in the festival's history.

Grande will appear in the upcoming Adam McKay film "Don't Look Up," opposite Leonardo DiCaprio and Jennifer Lawrence, for Netflix.

At 15 years old, she landed a role in the Broadway production of "13" and from there was cast in Nickelodeon's "Victorious." Other credits include voiceover in "Family Guy," "Winx Club" and "Underdogs," with on-camera roles in Ryan Murphy's "Scream Queens" and a guest role in Jim Carrey's "Kidding."

Grande starred as Penny Pingleton in "Hairspray Live!" for NBC in 2016. That same year, she performed double duty as host and musical guest on "Saturday Night Live."