The Rev
WATCH EPISODES
Back to Cast 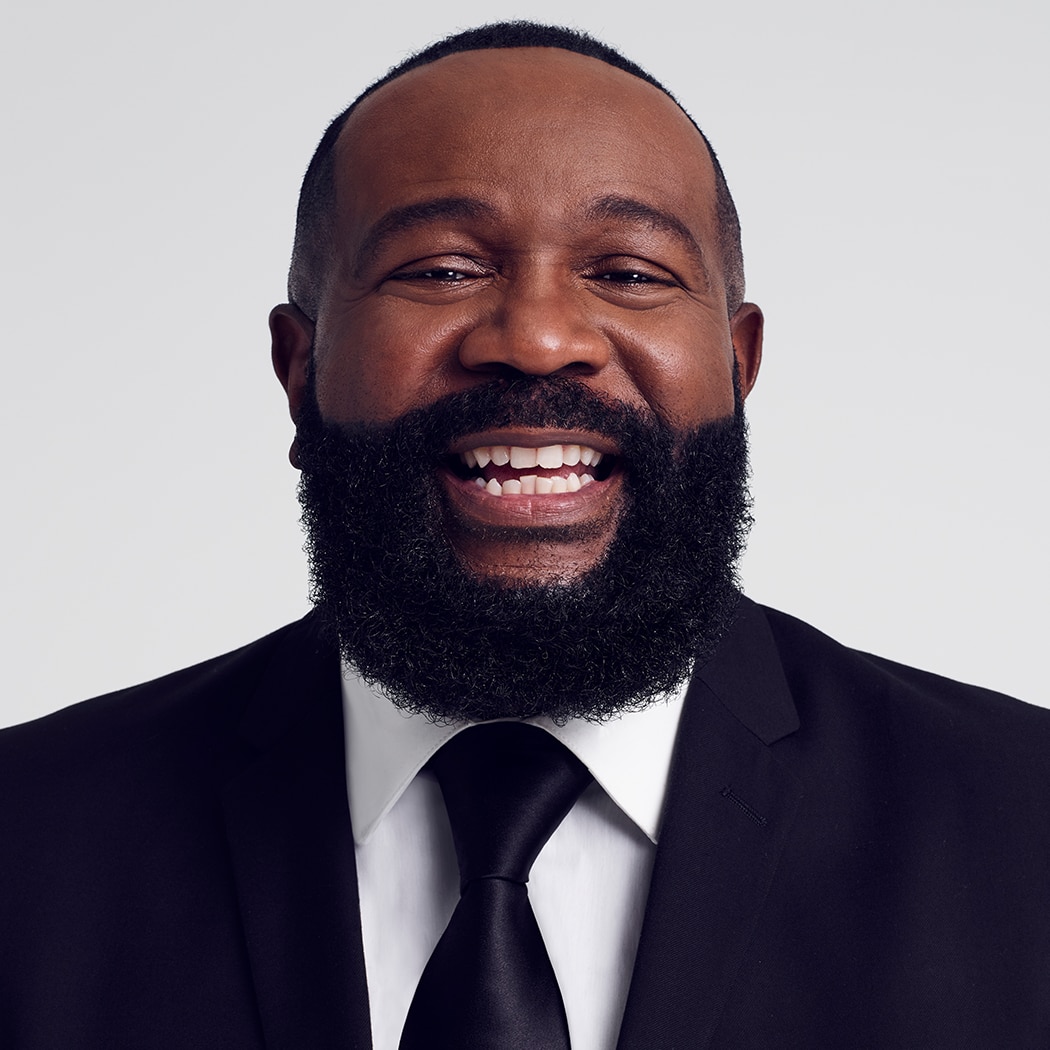 Richard "The Rev" Hartley is the outspoken and eccentric founder, pastor and choir master of Haven International Ministries in Queens, NY. After traveling the world for years to coach choirs, he is happy to be back home with his family and ready to make his congregation's choir world class.

Richard is married to his high school sweetheart and first lady of the church, Stacey. When it comes to family, Richard has a unique approach to parenting that sometimes clashes with wife's, but he always has a master plan for dealing with and raising their kids, Jordan and Judea. Even though his methods may seem unorthodox, he always gets results.

A former singer and musical director, Richard has spent much of his career helping major artists and choirs sound their best. He has performed with Mariah Carey, Celine Dion, Diddy, Mary J. Blige, Aretha Franklin, Diana Ross, among others, and he’s appeared on the Grammy Awards, BET, "The David Letterman Show," "The Phil Donahue Show," "The Donnie McClurkin Show" and more.

Richard believes God put him on Earth to be a rock star, so he fully embraces his over-the-top tendencies. That's not to say he doesn't wrestle with everything that comes with being a pastor as he sometimes struggles to practice what he preaches.