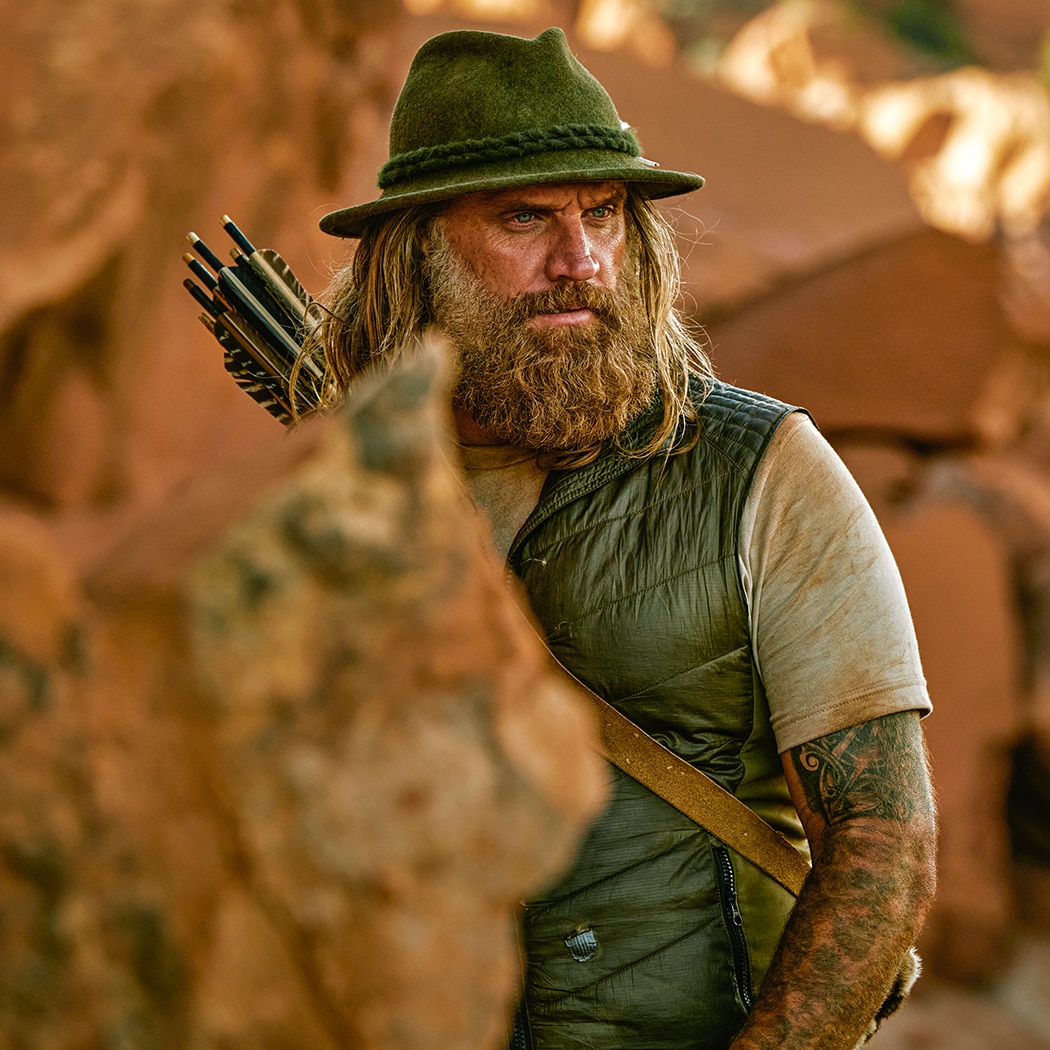 On USA’s four-part adventure series “Mud, Sweat and Beards,” Donny Dust, alongside best friend and fellow world-class survivalist Ray Livingston, will tackle some of earth’s most remote locations and build a primitive paradise using their unrivaled wit and wilderness ingenuity.

A Marine Corps veteran, Dust is considered by many as a worldwide expert in remote primitive survival, ancient/historical technologies, lithic arts (flintknapping), adaptive survival and emergency preparedness. His passion for ancient ways of living goes beyond theory and guesswork, but into true application of living wild. Dust’s biggest accomplishment in life is being a father of his two sons and promoting their own personal interests in life.

Dust applies his extensive experience living among the world’s wild landscapes and being fully immersed in unique cultures to offer one-of-a-kind wilderness self-reliance training and education at his school, Paleo Tracks Survival. Leveraging his diverse background, Dust’s in-person classes focus on remote primitive living, traditional survival skills, and ancestral technologies and practices. His expertise draws clients from all over the globe, including the UK, South America, Canada and Australia.

Dust has authored two books (“Scavenger” and “Earthroamer”), worked on feature films as a technical consultant, taken part in several different television programs, conducted numerous podcasts and radio appearances, as well as spoken in front of crowds who have traveled from all over to hear him speak and learn of his wild adventures. Known as the professional caveman, Dust is nothing but professional, adventurous and creative.