The return of Colony is reason to celebrate. And with season two premiering Thursday, Jan. 12, we suggest you make a party of it! Get a bunch of friends together and partake in the festivities at home, including a live-stream with the cast, a speciality cocktail from The Yonk, and a game to play during the episode!

First up? The pre-premiere live stream!

Starting at 9:15p/8:15c, catch the live feed streaming from inside the Yonk right here with the Colony cast and producers! Have questions? Tweet them now with #ColonyPremiere.

Next, mix up a few Yonky-Tonks! 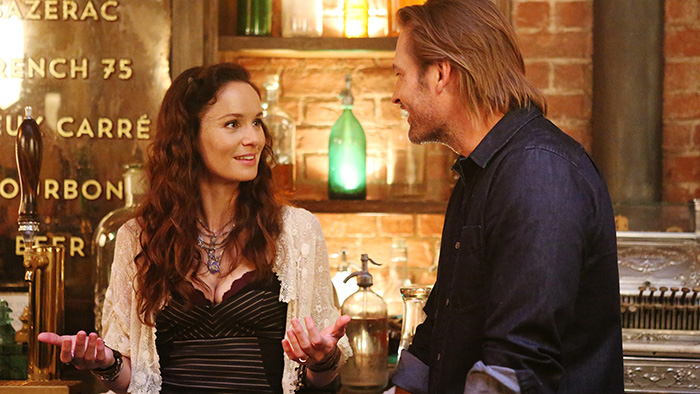 We have the recipe of the official drink of the #ColonyPremiere for ya, straight from the Yonk (and a fun, 21+ drinking game to play during the episode below).

Then, it's time to watch live! 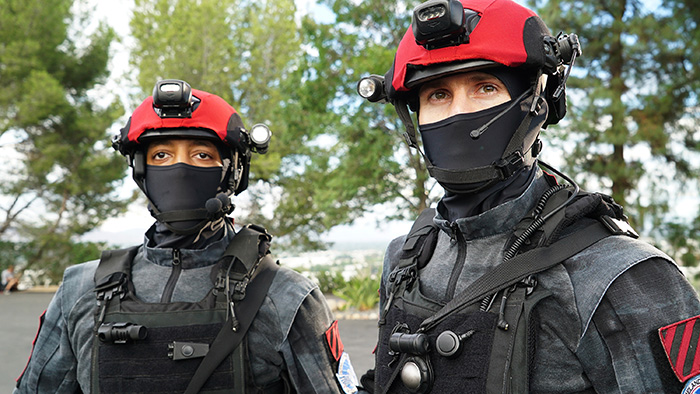 Catch the Colony premiere live on USA Network or on our live stream, starting at 10p/9c. The cast and creators will be live-tweeting using #ColonyPremiere, and we also have a little game for our viewers over 21.

To play the Colony Season Premiere Drinking game, keep your eye out for these recurrences and take a sip every time you see one. Maybe don’t drink straight bourbon like Katie. We don’t want you to get sick before 11 p.m. But have beer, wine, or something mixed to take a sip every time the following happens:

1. Every time you meet a new speaking character (background extras don’t count). You’ll get your first drink before the first commercial, and if you don’t take at least 12 sips, you missed some!

2. Every time the technology goes wonky. Keep your eye out for map apps, satellite TV, and other electronics.

3. Every dead body. Colony is a life-or-death show and the season premiere has its casualties. Some are so emotional, you’ll need a drink!

4. When you see The Yonk again. The fact that Katie's bar manages to keep going even after the Occupation is special to Colony. Heck, if you want to have one shot of bourbon like Katie, now is the time.

5. Every time Katie pours a drink. She’s a bartender so we might as well match her pour for pour.

6. Every time we see Rap technology. Of course, Colony is always focused on the people, not the aliens, so you’ll only get a couple glimpses of Rap tech. When you do, they warrant a drink.

Have fun watching the Colony season premiere, and follow the social conversation below!